Bike build update: Aliexpress build after 3,000 km - The good, the bad, the ugly

This is an update to the previous post from february, where I wrote about the bike build. Now, after about 3,000 km in about 5 months, I want to give an update about the components that are still mounted, and which are already gone to the junk box.

The aluminium frame by Mosso is still fantastic. The frame still looks nice, the stickers are not damaged. The included headset is still going fine without any noticeable problems. Unfortunately, not available on Ali anymore.

The “Aero” wheels by ELITE wheels ENT are still true, the hubs spin freely, so I have nothing to complain. More and more people seem to buying the wheels and they are having no particular issues, too, so ELITE seems to be one of the better sellers. 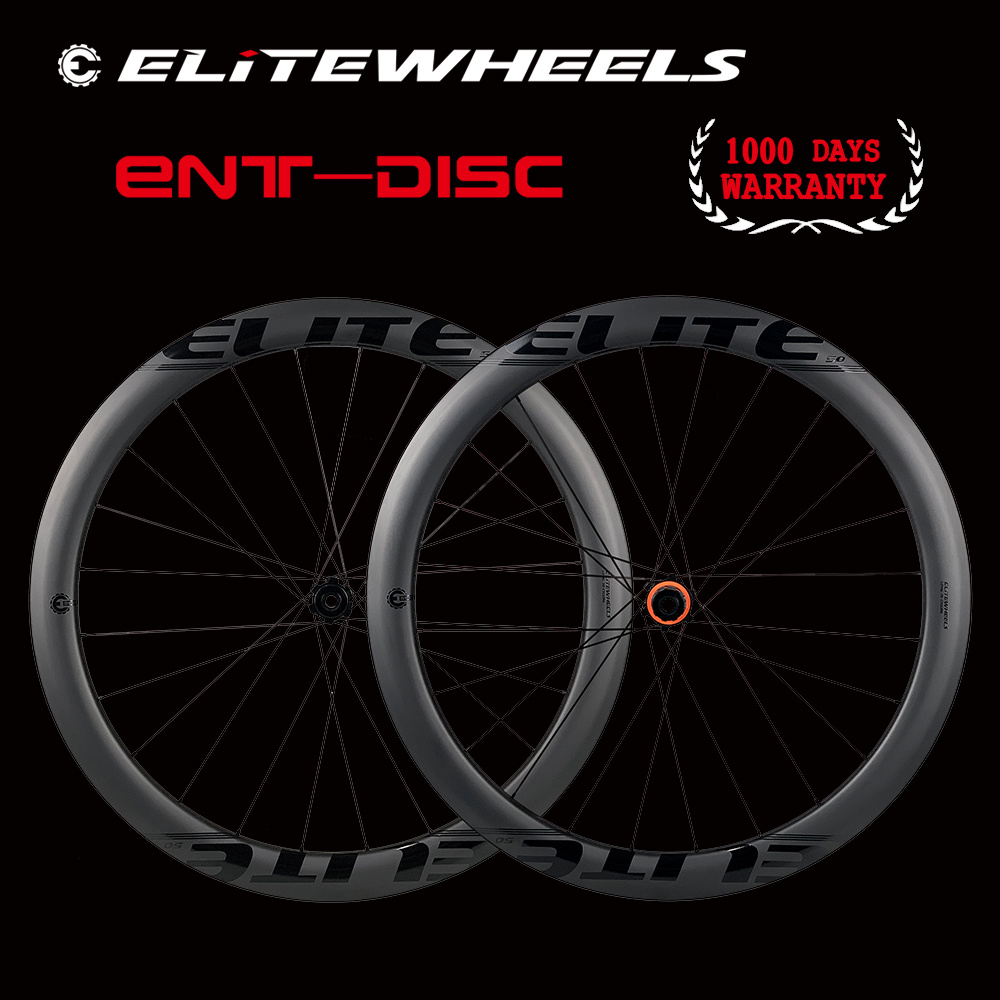 On the other hand, I am not sure, how much the deep rim (50mm) is helping at all. Next time, I would go with a narrower one again, because it makes installing valves or inner tubes much simpler, especially, if you want to fiddle an emergency inner tube while having a puncture on the way. Also, narrower wheels can be a bit lighter.

The seat post by EC90 had also no issues, I’ve ordered another one for my “Zwift” bike. Only, as it is a carbon seat post, you might need to lube it every 1,000 km or so, otherwise you will get some noises. But that’s the same with my other, brand name, carbon bike. 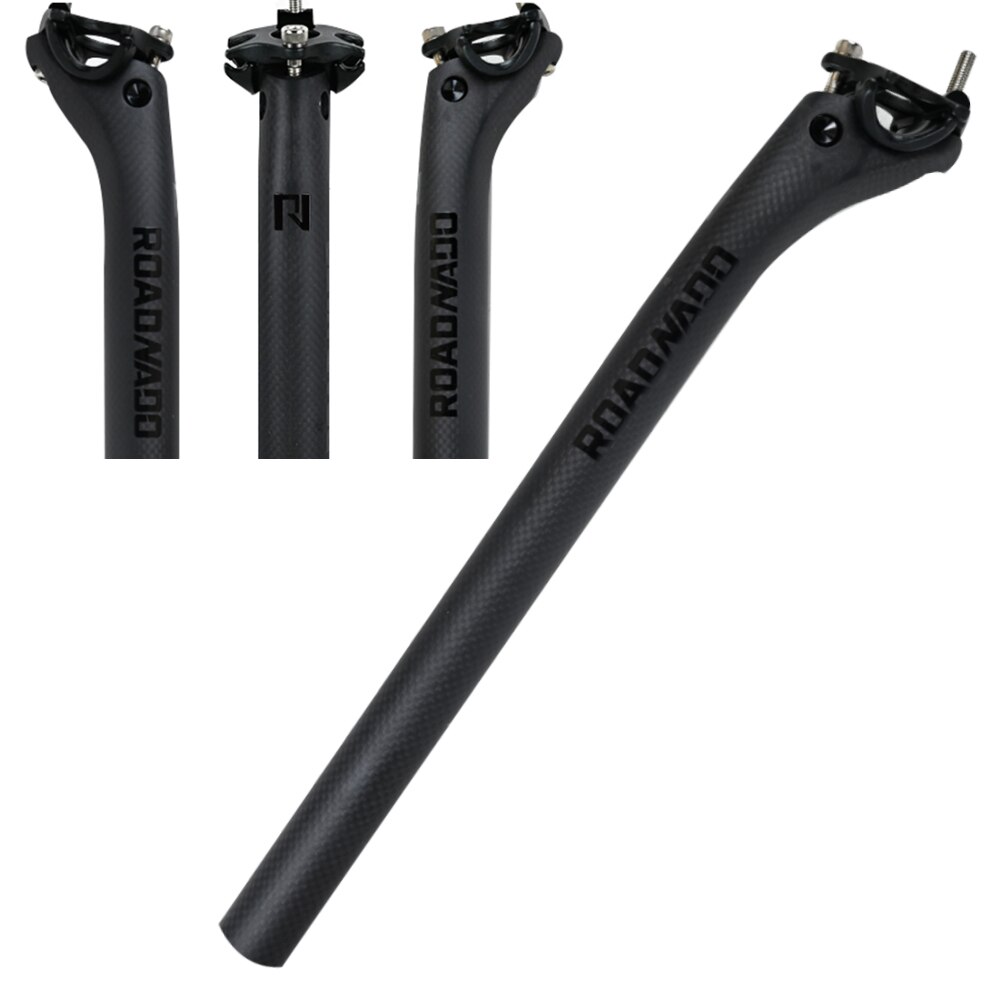 The Sensah Empire 2x11 groupset is also great. I had to readjust the RD (rear derailleur) about 2 times to compensate for cable stretch. The FD, which has trim positions (so in total 4 positions for a 2x crank), works also flawlessly after aligning it precisely. The RD on the other hand is a bit harder to shift, that might be related with the cable length and cable angle on the internal handlebar. But shifting it into a bigger ring takes considerably more power and hand reach than with the GRX that I can compare it to. The YBN bike chain, which was included with the groupset, also made a good 2,000 km and had no issues whatsoever, with a comparable life time as the brand chains. That’s why I recently ordered another two for the future. It was waxed enough in the beginning so especially the first couple hundred kilometers are very pleasant, and I only start to put on lube/oil after 500 km. On the other hand, just buying a brand chain (Shimano, SRAM, KMC) is also only slightly more expensive. 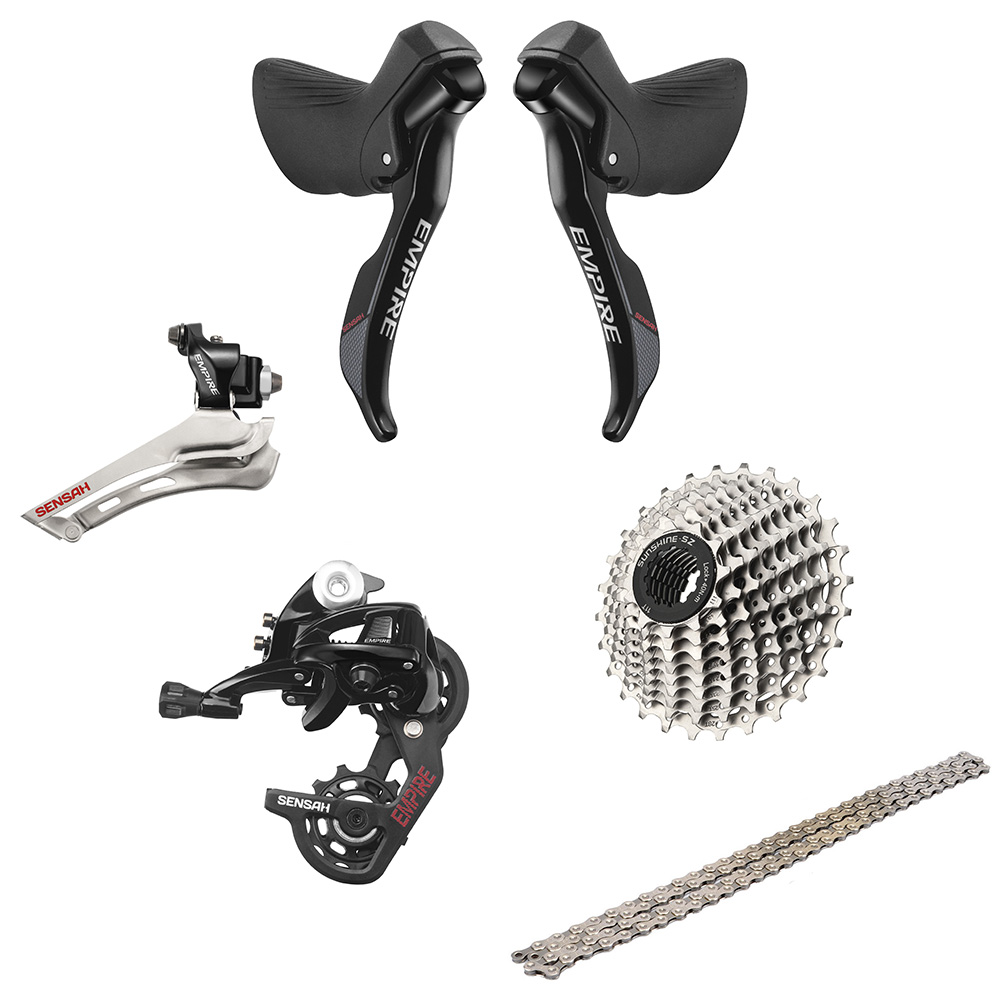 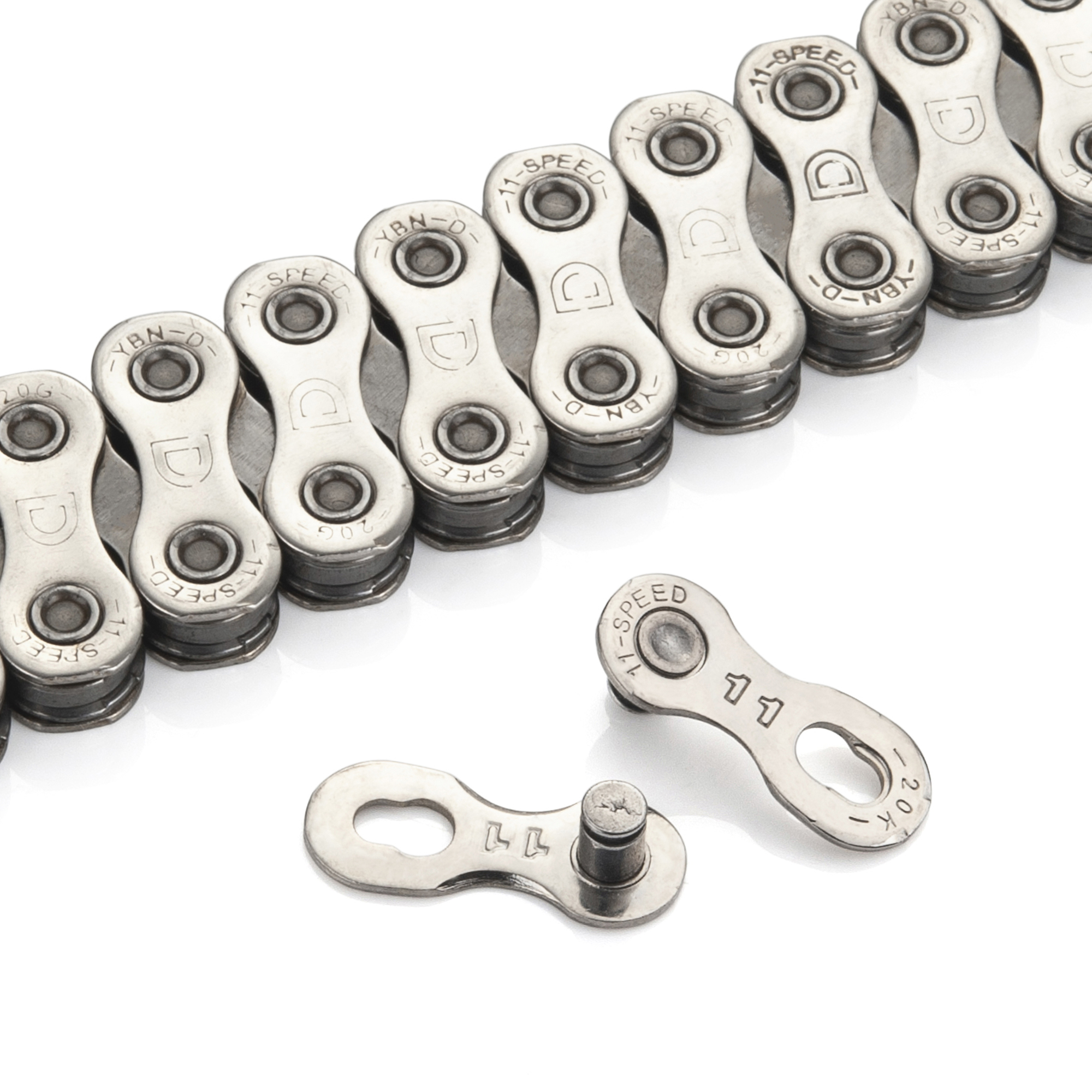 For the tubeless tires, I had opted for a German brand Schwalbe G-One Speed 35 mm. They work great, I feel fast enough on the flat road (30-34 km/h), but I can also take shortcuts through forest, fields and cobble. I ride them with about 3-3.5bar, so it is extremely comfortable and takes a lot of stress and vibration out of the ride. The whole tubeless setup was done without any Aliexpress parts (Stan’s milk, Schwalbe booster, Stan’s kit with syringe)

Another no-brainer item were the bottle cages, which I swap occasionally between bikes. The ones I ordered originally (carbon one) are not available on Ali anymore, at least the specific version. Previously, I had some plastic/fiber ones, but I have just received a new set of Lixada bottle cages which have the bottle access on the side. That might come in handy when mounting a frame-bag for longer (bike-packing) trips on my rather small bike frame. You can see it in the blog feature image on the top or at the end. 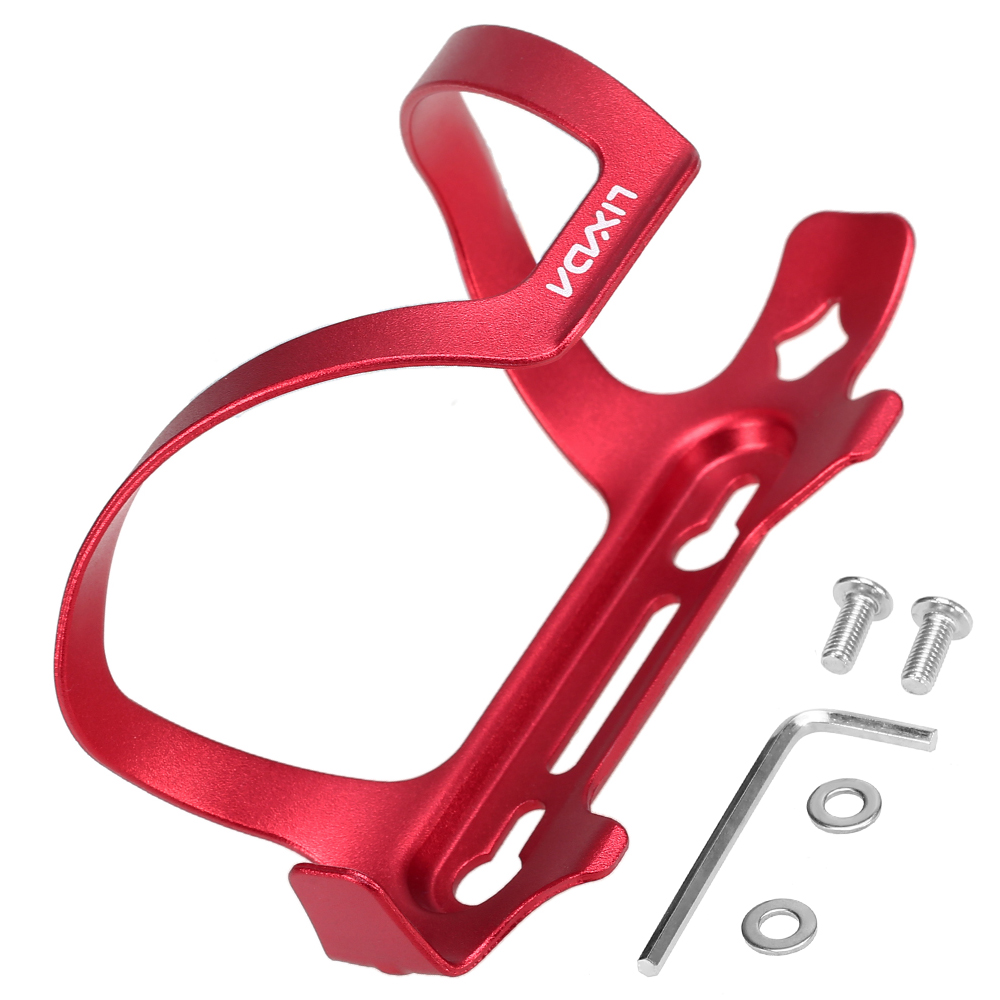 Also, the UNO aluminium stem is just doing its job of being there and not breaking. At least not in my power range of max-power 1kW, FTP 220ishW anyway. 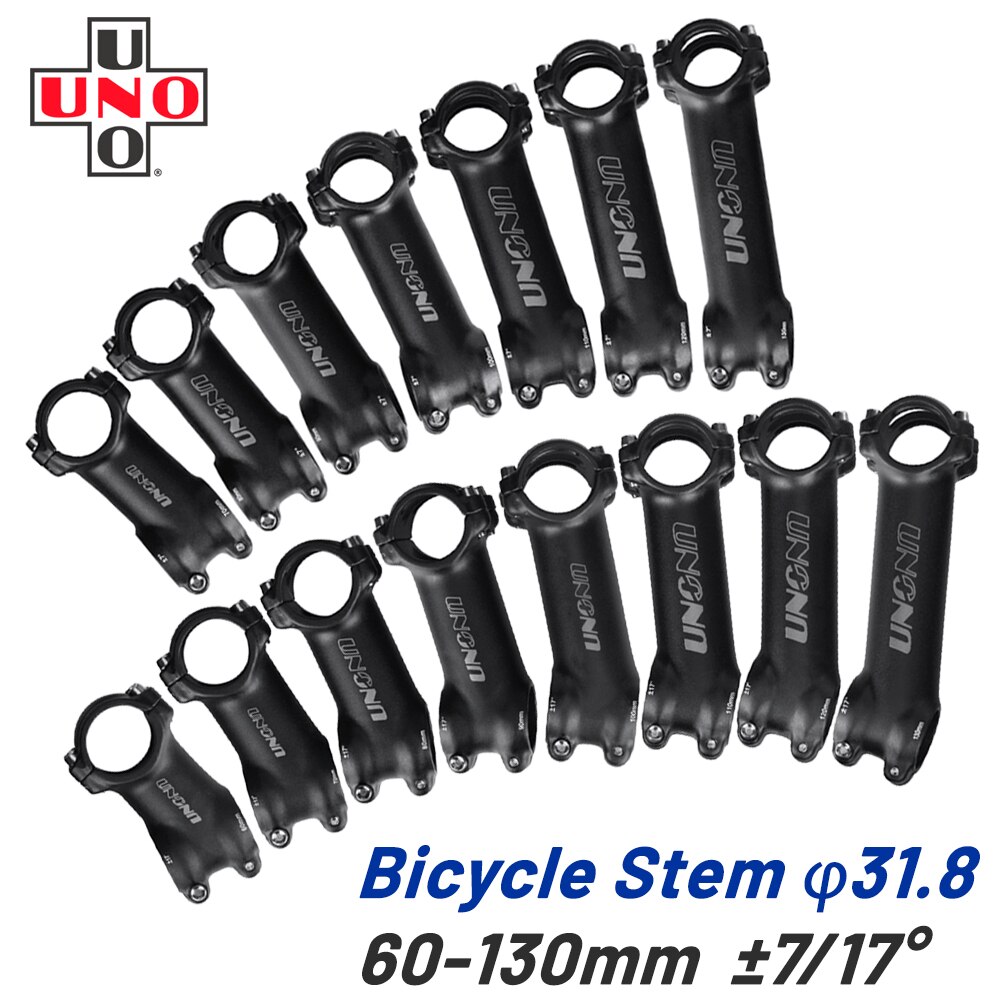 Because of the bottom bracket issues (see “The Ugly” below), I decided to skip the whole SRAM-compatible ZRace crankset, and instead found a good offer for a 105 crankset combo. So, I ditched the ZRACE crank, which on its own was perfectly fine, and replaced it with a 50-34 Shimano 105. In the beginning, I thought that it might cause some issues, as the RD+chain+cassette is “SRAM” compatible. But no issues, even with the Sensah FD.

The disc brake by ZRACE (BR-002) worked OK for most of the time - As I’ve written before, the braking capability is comparable to a rim-brake, but can’t hold a candle against a GRX fully hydraulic. I replaced the brake shoes with a metal one, to improve braking performance, as I found the brake shoes already slightly worn. The other complain is that the braking shoes are occasionally touching the disc after some shocks or small jumps, so I tried to sub-millimeter adjust the brake to not touch it, but it’s not working 100% all the time. Might also be the disc is slightly dent (sub-millimeter), or it might be, that it does not reset back as well as the GRX brake.

In “The Good” I wrote that I am very satisfied with the ELITE wheels. Only, as TraceVelo also noted, the freehub noise is awful. To put it in positive terms, you don’t need a bell and can let it spin to attract the attention of slower drivers and pedestrians. Also, the noise is noticeably different from other loud hubs, like DT-Swiss, and relatively high in frequency, sounds like a wasp or drone.

The Grevil Carbon Handlebar did not break until now, but it’s hard to keep it fixed. Keeping only to the recommended 6-8 nm or so is totally not enough, and you will rotate the handlebar when braking hard, or when going into the Aerobars. So I overtorqued it quite a bit, used some lube etc. to keep if fixed. Hopefully it will be enough, but I think my next handlebar will be a aluminium again, with simple external cable routing, too!

The crank-set combo pack included a bottom bracket, which was a Press-Fit ZTTO. After about 2,000 km I found it starting to make noises and the spin became noticeably rough. So I ordered a more premium one from Aliexpress (Kactus Ceramic Bearing) for a considerable price for Aliexpress parts (about 35 EUR - you can get almost 2 Shimano for it), BUT I can not recommend it, after installing it worked great for a moment, but after 1 or 2 rides it was rough again and thus toast. That’s why I started to ditch the whole SRAM-adventure with DUB standard axis. Compared to plain old Shimano it’s much, much harder to get parts for anything locally, such as a budget bottom bracket. After installing the Shimano PF bracket, it now works without any issues for about 300 km so far, so I think I made no major mistake installing the Kactus one, too. Also, I can use mu 4iiii power meter 105 pedal crankarm again \o/. But to be fair, the ZRACE crank is a fine piece if you can handle the downside. 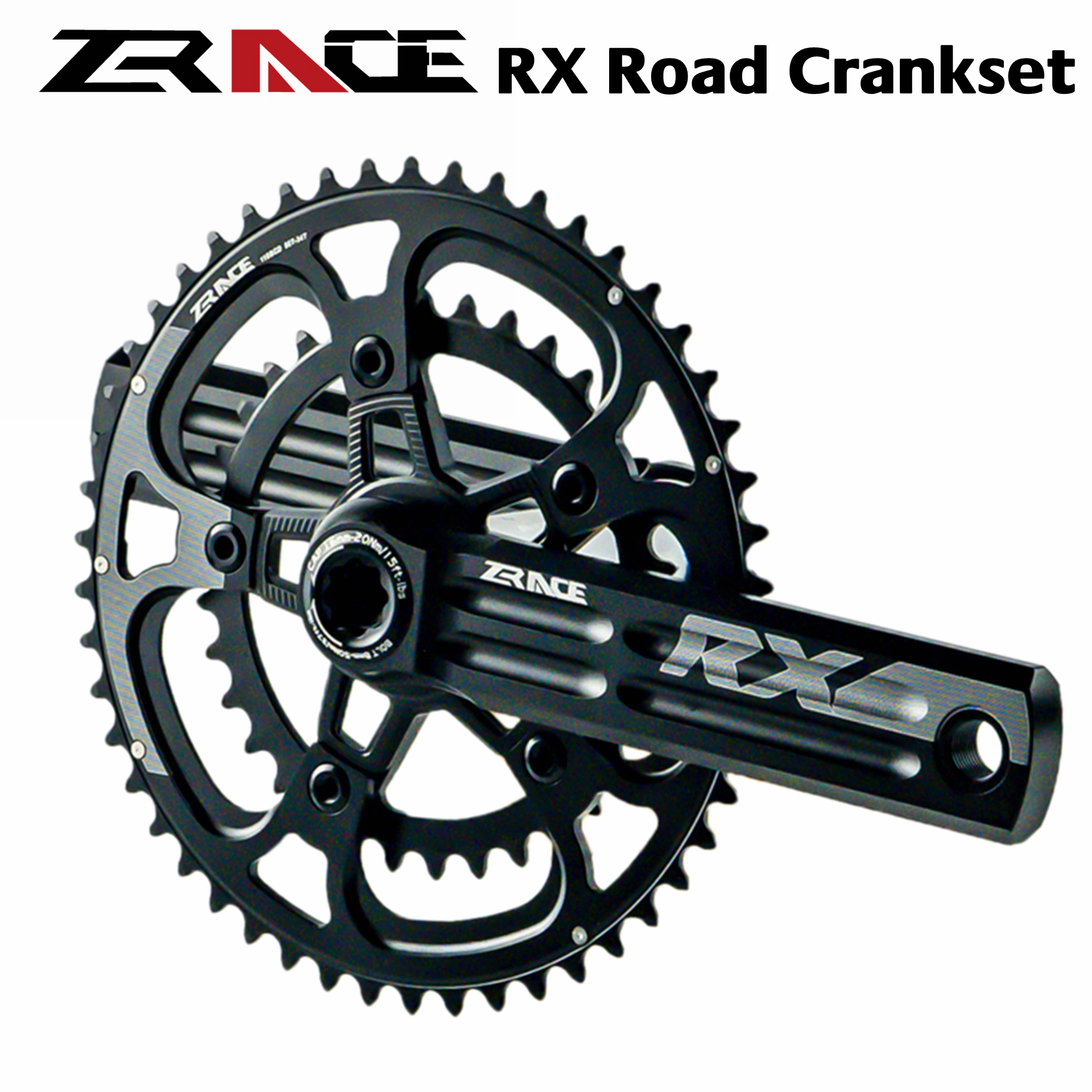 The bar tape I’ve tried (Liteskin) also was not my cup of tea: not grippy, too slippery, and the was hard to get right and looked ugly. So I ditched it at the very beginning and used Lizard-Skin. Not sure for a rewrapping though, I have some more bar tape to test out later. 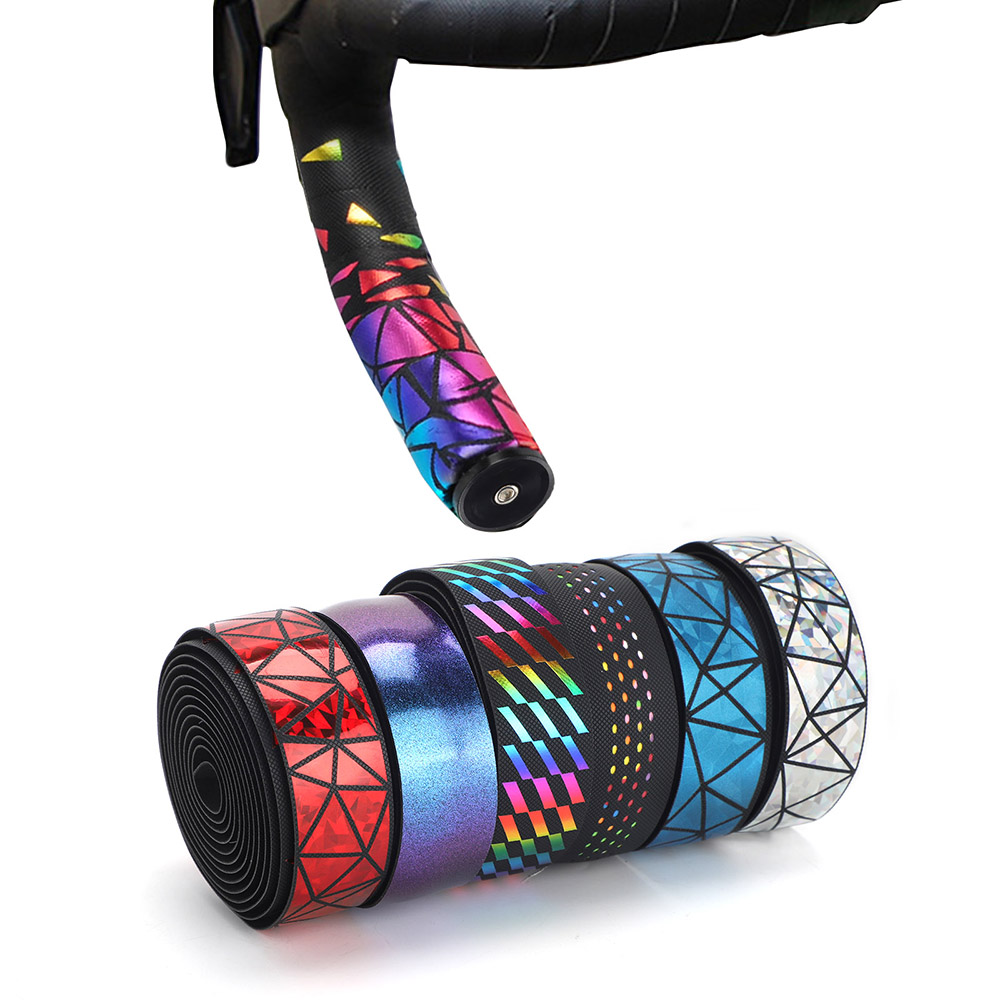 Another bad experience was Tubeless Valve (Deemount). They already came in a bad shape and I could not open the valve core without destroying it, it was screwed in crooked. So I used original Schwalbe one which were only a bit more expensive.

If you have any other question, or want to share your own experience with building or complementing a bike build with Aliexpress parts, feel free to contact me! (email in the impress or via Twitter) 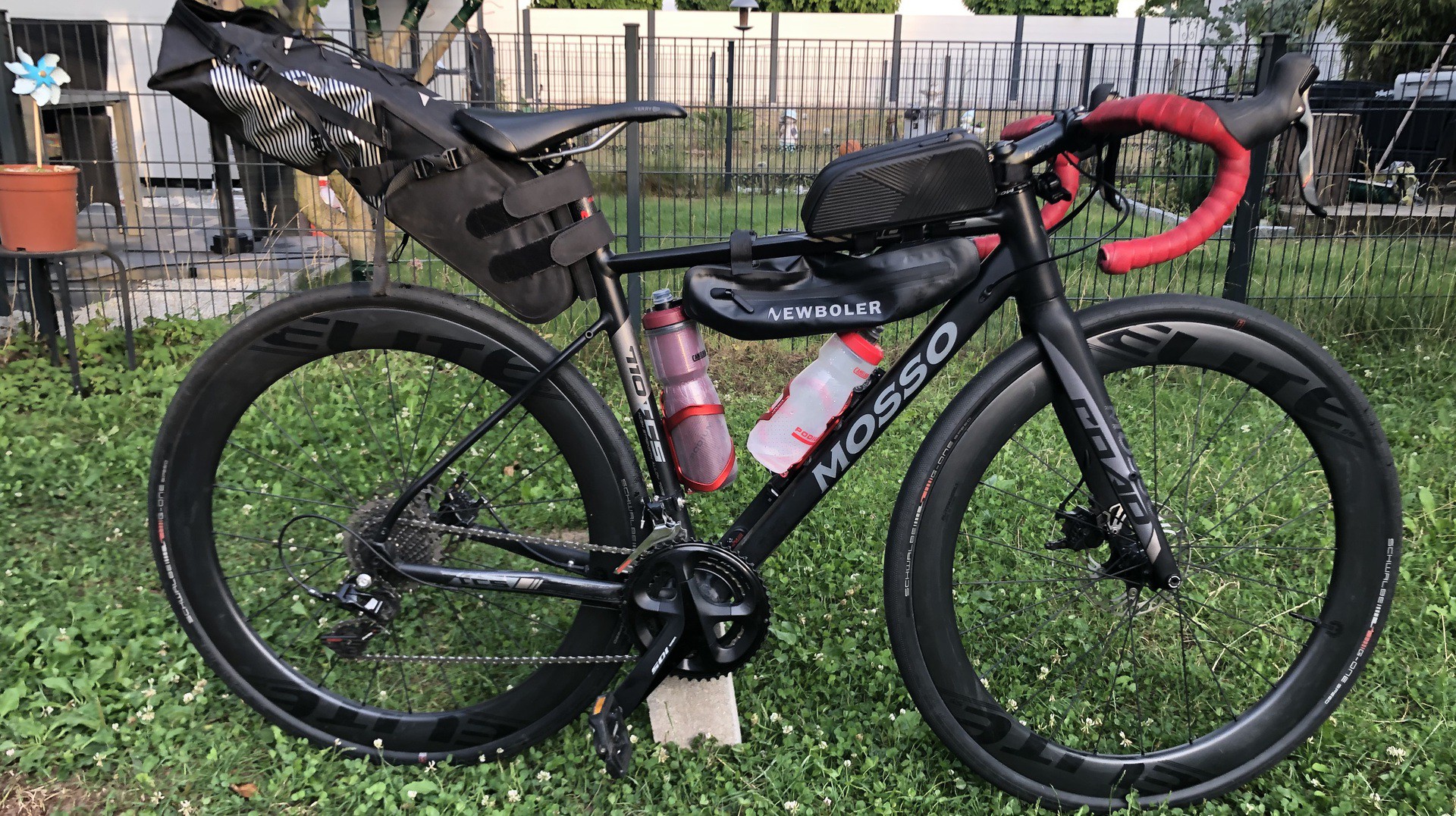