Tracking application errors should be a check list item for all production apps. In simple cases, a automatic “email the stacktrace to admin” is suffice to start but reaches the limit very fast. Items like

are requirements most growing projects will have sooner or later. Having an error tracking system in place is the best solution. 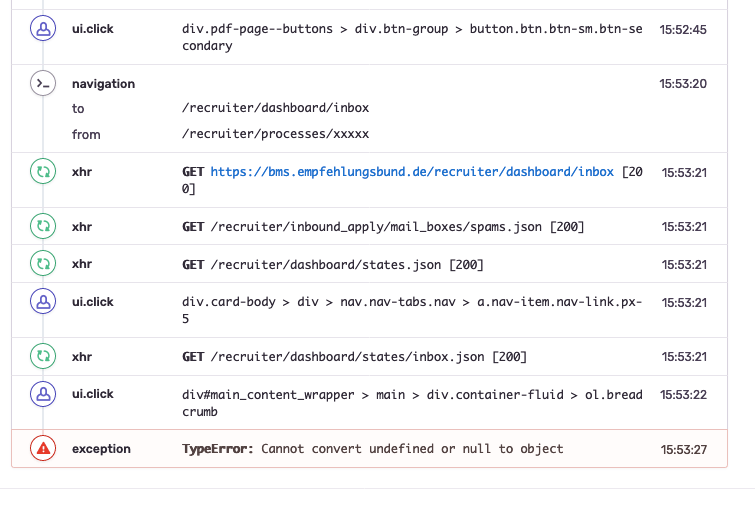 For our case, we prefer to self-host solutions like this, which has significant advantages:

On the downside, running things themselves can be more risky, especially when a Error tracking system is hard to setup.

From the very beginning, we used Errbit error tracking, which provides a Airbrake compatible API. But having tried out Sentry.io for private projects before, I was blown away be the features, like tons of plugins, beautiful clean UI, top notch Javascript integration with breadcrumbs and source maps, so I’ve decided to set it up in a self-hosted manner for our company pludoni. Fortunately, Sentry provides a Docker installation script, which I will use during this guide.

Installation of self hosted Sentry

First, we set up a Cloud VPC. Size of the cloud instance depends on your prospected error volume. We started with a Hetzner CX21 which costs about 5 EUR per month and can be upgraded easily via button click and restart later on if necessary.

After starting the instance, install Docker and Docker compose, or do it like us, and use a cloud-config yaml when installing, e.g.:

After powering up, clone this repository to /opt/sentry

This setup will include everything you need BUT a HTTPS proxy. To have Caddy run as an HTTPS Proxy with Auto-Letsencrypt, check out this fork merantix/sentry.

If you are wanting to run Sentry in a organisation setting, you might want to install some plugins. In our case, these are a Mattermost plugin and a SAML2 plugin for user authentication.

Add those requirements to the Dockerfile in the getsentry folder:

(If you are using Mattermost, and like to reuse webhooks between multiple channels/projects, I’ve recommend my fork until this PR is merged)

If you are finished, run:

Some quick docker-compose commands you might need later on:

If you are using a SAML2 provider for your organisation, you can try to add the SAML authentication next. The specific settings are not standardized, and almost all supplier use different kind of names for the person’s attributes (Claims). For example, we are using a (of course self hosted) custom SAML2 server based on Ruby-SAML by Onelogin and also added several extra fields via a OID extra. 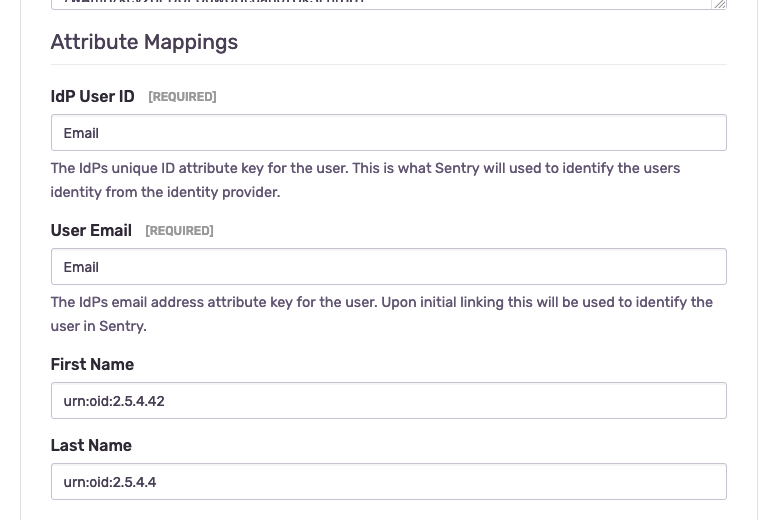 Those settings are based on these attributes (claims) by Ruby SAML, but like I said, that depends on your provider: 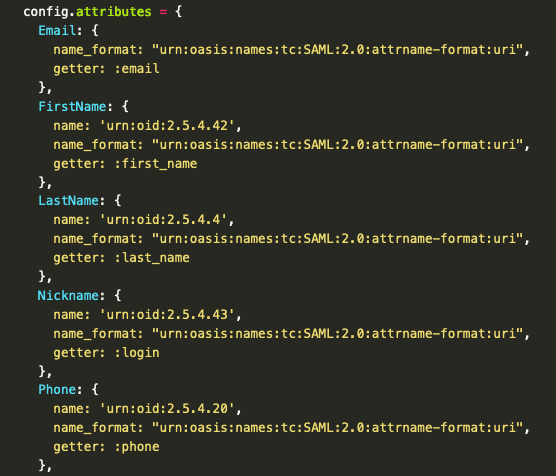 To find out the specific names of the mapping, that you can use, you can add a print statement into the right Django file. I’ve gone this way:

Add import pprint somewhere in the top of the file, and add a printf statement in the finish_pipeline function:

In the next part, I will show our specific Rails integration to make error tracking as useful as possible.